Note: B2 appears to only be different in labeling. The default firmware claims B1 and even /proc/cpuinfo claim to be B1 revisions even though the packaging and the sticker say B2.
Update!!! D1/E1 revision could be supported. You can find some useful information on the forum, as well as G1, due to project similarities.
WARNING: The DIR-825 series is prone to hardware failure of the Ethernet ports. There are numerous reports of this model developing problems with its LAN + WAN ports.

Consult flash.layout for a better understanding.

There are two ways of installing firmware, either by using normal D-Link firmware update web-interface or by using firmware recovery mode.

Note: Since original Firmware 2.05WW Build: 05Beta01 it is not possible to flash OpenWrt via the firmware update page. (worked on a B2 revision with Ubuntu's Firefox in 2.05NA and 2.06NA) It looks like Firmware 2.01EU behaves the same way. Please use the firmware recovery mode instead. 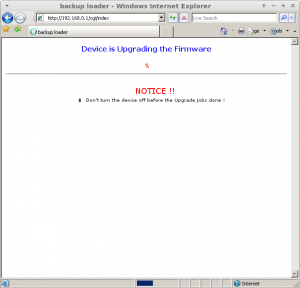 First, for familiarity you can look at the concept of flash.layout. It is also recommended that you know flash layout of DIR-825 before generic.sysupgrade, generic.backup, generic.debrick or failsafe_and_factory_reset.

*Note* The partitions “mtd1 config”, “mtd5 caldata”, “mtd6 unkown” and “mtd8 caldata_copy” contain vendor specific raw (without filesystem) config values about your router, like WiFi calibration data, MAC addresses, etc. It's a good idea to make a backup from them. Similarly, “mtd0 u-boot” has some specific codes for Dir-825 (e.g. its “firmware recovery mode”); So you can backup that partition too.

*Note2* You can check mtd partitions of your router yourself by using commands “cat /proc/mtd” and “dmesg”. Refer to this link. 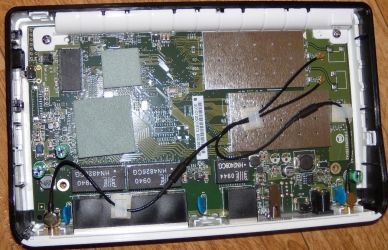 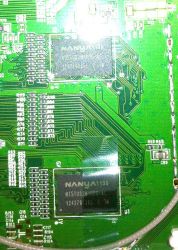 Physically breaking into the DIR-825

Note: This may void your warranty!

To remove the cover simply:

To remove the board from the casing:

Remember to use 12V↔3.3V serial port voltage converter or you might break the router by over-voltage.

See the LED section in /etc/config/system on general LED configuration.

The DIR-825 has 11 blue and 2 orange LEDs: The four LAN LEDs are controlled by the switch chip. By default they show link and blink for activity. They are LED Bank 0. To configure the RealTek RTL8366S, you can use swconfig, e.g.

If you want to see the BLUE POWER ON and the BLUE GLOBE ( planet ) blinking when it receives information, then do the following setup: For UCI configuration of the LEDs use this set of commands:

After rebooting the device this setup becomes active.

The WPS (WiFi Protected Setup) button is located at the right side (or the top when standing) and can be easily pressed with a finger. Also the WPS LED is integrated into the Button. For some unknown reason this control is named powersave in various places.

The Reset button is located at the back and cannot be pressed with a finger, you need a small item to push it in.

Numbers 0-3 are Ports 4 to 1 as labeled on the unit, 5 is the internal connection to the router itself.

In the stock firmware, after you have soldered the bridges and USB head, if you connect a USB device (e.g. a USB Flash Drive) to the second USB head, the USB LED will turn blue.

Discussion and more information can be found in this thread.

vavasik did this mod and reported his experiences in this thread.

He used two Samsung K4H511638D-UCB3 chips from Samsung DDR SODIMM 512 MB. Maybe other chips from other manufacturers can be used, only they has to have 32Mx16 organization. Chips with other organization, such as 64Mx8, are not suitable.

The Netgear stock firmware does not recognize the 128 MB RAM, it only shows/uses 64 MB RAM, but it starts.

An detailed tutorial from vavasik can be found here.

Don't do this if your are inexperienced in soldering, you will for sure destroy the contacts→Trash! Feel free to add here any info we haven't covered yet! Thank you!

I was able to upload the openwrt-ar71xx-generic-dir-825-b1-squashfs-factory.bin in recovery mode with Internet Explorer with compatibility view enabled (menu Tools/Compatibility View). Without it it was loading forever. Other browsers (Chrome, Firefox, Opera) were not working. Tested with Windows and Linux. Also I switched my 1Gbit cart into 100Mbit mode.

It may be necessary to run the original firmware and configure the device at least once. I flashed the router right away using the firmware recovery interface which resulted in configuration problems in OpenWrt. All wireless network devices did not have valid MACs instead they used 00:00:00:00:00:00 and refused therefore to work properly. Even trying to read the MAC from the sysfs failed. After flashing the original firmware and configuring the device once using the D-Link Webinterface everything worked as expected after flashing OpenWrt again.

Besides flashing in recovery mode from a MacBook Pro using Google Chrome and the default Gigabit plug worked just fine!

I had installed the openwrt-ar71xx-generic-dir-825-b1-squashfs-factory.bin using a Ubuntu system with Chrome using the original firmware update page in a DI-825 Rev B1 with FW 2.07NA

Situation - 6 global IPs from the ISP

What is the aim ?

Separate the LAN-Switch in such a manner, so that you can use the 4th LAN-Port as a global Port for the 6 given IPs from your ISP.

o) Go to Network / Switch and do the configuration as shown: In case if you wonder why the port 0 (zero) corresponds to the 4th LAN-port, see this: switch_ports

o) Go to Network / Interfaces / LAN / Physical Settings and do the following: ( Info: wait a bit and then you will see that your router is not responding any more → this is normal, give him a little time ( 1min max) then unplug the power supply from the router, then wait 10sec and plug it back in! )

You will find here only the LAN (green) and WAN (red) interfaces. Now we will have to add the VLAN-Interface ( I called it GLAN, you can call it GAN - it doesn't matter) - the G because of the global IPs!

b) Type in the name for the new interface: GLAN ( this is in my case, u can call it whatever u want)

d) Create a bridge over multiple interfaces: NO This is what you will see, when you click the Interfaces This is what you should see, after you added the GLAN Interface To be sure that you have the right settings, check the /etc/config/network output:

o) Go to Network / Firewall and add a new GLAN-Zone:

h) Hit the Save & Apply button o) Then check if GLAN is assigned to the correct firwall zone: Now hit the Save & Apply button

This are the settings of your machine (ex. FTP):

!!! Be aware to turn ON a firewall, because now the machine is exposed to the public !!!

The following program allows you to flash the DIR-825 from Linux without need of a VM with Windows with IE6.

The DIR-825 requires some rather peculiar TCP settings, and relies on some broken IE6 behaviour, which is why flashing with Firefox on Linux (or Firefox on Windows) doesn't work. The ruby script on the next section does *NOT* always work for this reason (perhaps due to different versions of ruby or underlying OS having different defaults).

I therefore have hacked on (it's not nearly my best work) a basic 'C' program that flashes the DIR-825 (and probably DIR-600/601 as well). It uses the HTTP headers as IE6 and uses the required TCP settings under Linux.

To use this program save as dlinkflash.c and do

A simple script to flash DIR-825

*NB*: The ruby script on the next section does *NOT* always work for the reasons mentioned above (perhaps due to different versions of ruby or underlying OS having different defaults).

You need to have ruby installed.

Script recovered from the WayBackMachine: https://web.archive.org/web/20120418003158/http://openwisp.caspur.it/wiki/owf/FlashingDlinkDIR825#notextile-Automatic-flashing-script-notextile

Since Attitude Adjustment beta 2, some images are suffixed with “-fat” to indicate they will be able to use more flash that the factory firmware uses by default. It does this by moving the wireless interface calibration data at the end of the flash. This is a dangerous operation and should only be performed if you know how to back this flash partition (/dev/mtd5). To upgrade, you'll need to copy the whole image in /tmp and use sysupgrade -i the caldata question. Downgrading to a non-fat image will get the caldata back in place so it can be used by the factory firmware, after upgrading to a fat image, you must downgrade before getting back to a factory image.

GigabitEthernet, 5Port, 2NIC, USB, 1USB, JTAG, 802.11abgn simultan, detachableantenna, 2Ant, 2WNIC, ath9k, 64RAM, 8Flash, MIPS, MIPS32, 24Kc
This website uses cookies. By using the website, you agree with storing cookies on your computer. Also you acknowledge that you have read and understand our Privacy Policy. If you do not agree leave the website.More information about cookies
toh/d-link/dir-825.txt · Last modified: 2020/05/03 01:02 by wormj